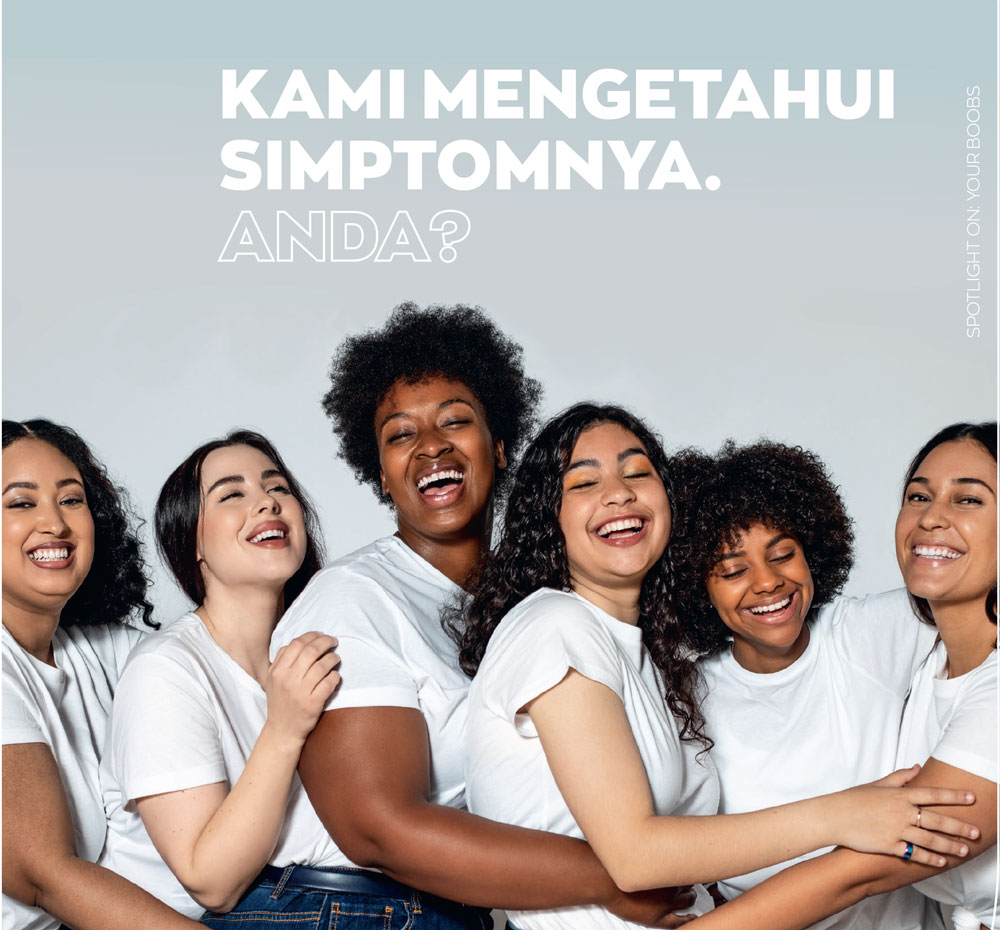 Together we can make a difference

FROM THEIR STORIES TO YOUR SUPPORT

Breast cancer can affect anybody at any age, that’s why it’s important to check your breast regularly and getting to know your normal can save your life. Together we can make a difference.

The Avon Breast Cancer Crusade, which launched in 1992, has placed Avon and the Avon Foundation for Women at the forefront of the fight against breast cancer. Our six million Avon independent Sales Representatives around the world not only raise funds for breast cancer programs, but also provide a global army of educators, offering information and raising awareness around the world.

The Avon Breast Cancer Crusade awards funding to beneficiaries ranging from leading cancer centers to community-based grassroots breast health programs to support breast cancer research and access to care. Avon Breast Cancer Crusade funding has helped build a network of programs globally that cover the full spectrum of breast cancer access to care and research. We also fund promising research into the causes of breast cancer and ways to prevent the disease and fund access to screening and treatment, with a special focus on helping the medically underserved, including the disadvantaged, elderly, minorities and those without adequate insurance.

Everyday, Avon brings beauty to the lives of women all over the world. At Avon, beauty means finding the right lipstick shade for a customer; providing an earnings opportunity so a woman can support her family; and enabling a woman to get her first mammogram. Beauty is about women looking and feeling their best. It’s about championing economic empowerment and improving the lives of women around the world.

For 40 years establishment in Malaysia, Avon on a global scale continues to grow and expand, continually reaffirming its commitment to women through its philanthropic efforts. Since its birth, it is not just bringing the products and services to satisfy women beauty needs, but also pride and self-fulfillment in being women contributing actively to the progress of the nation. RM5 from every purchase in this page will be donated to KGBC program and
will be used to spread awareness, research in fighting against breast cancer in Malaysia.

As the "company for women," with a network of six million Sales Representatives worldwide, Avon has the unique ability and commitment to educate and mobilize people on issues that are of vital importance to women. That's why global philanthropy is at our core as a company.

By combining the power of the individual and the collective power of our network into one powerful philanthropic force, together Avon and the Avon Foundation for Women –a U.S.-based public charity—are a global leader in philanthropy. This unique partnership of corporate philanthropy and a public charity is focused on two core areas: eradicating breast cancer and ending violence against women.

Today, Avon and the Avon Foundation for Women have made $1 billion in contributions dedicated to these causes. Funds are raised through cause-related product sales, AVON 39 The Walk To End Breast Cancer donations, and Avon Walk Around the World events. To date, the collective Avon efforts have educated nearly 175 million about breast cancer and domestic violence, and served nearly 30 million people through grants and outreach programs.

Despite many areas of progress, breast cancer and domestic violence remain prominent issues impacting women worldwide, with one in eight diagnosed with breast cancer in her lifetime, and one in three impacted by gender violence. Too many women continue to suffer, and too many victims are vividly aware of the pain of abuse. Together, Avon and the Avon Foundation for Women hope to change this—because even one is too many.

We are committed to working in every step of the way with various welfare initiatives and annual fundraising to fight against breast cancer.

This social responsibility program by Avon Malaysia began way back in 1994 when AVON Malaysia launched the Early Breast Cancer Detection campaign also known as KEBAL with the objectives to create better awareness on breast cancer, educating women on the importance of early detection and to provide support services to breast cancer patients.

The program’s name was later changed to Kiss Goodbye to Breast Cancer or KGBC in August 2002, with the same objectives, which was launched by the Health Minister then.

With great support from Avon Representatives and Customers, Avon products sold from this program benefited the following beneficiaries:-

A charity hi-tea themed Saving Lives Thru’ Early Detection’ was held at ShangriLa Hotel Kuala Lumpur on 28 June 2007. The objective was to raise funds to finance low budget breast health workshops at the grassroot communities in Malaysia. It was the first ever fundraising event organised by Avon Malaysia after attending a fundraising training in New York organised by Avon Foundation and American Cancer Society.

From the fundraising event, which started off with the USD15,000 grant received from Avon Foundation, we managed to raise RM127,212.25 (USD36,000). The funds will be used by BCWA’s volunteers to organise hands-on educational workshops at 25-odd locations in 2007/2008 to train women in the local communities on the importance of saving lives through early detection of breast cancer and the techniques of breast-self examinations. Those trained in these workshops will then be empowered to share the knowledge and skills with the members of their respective communities, particularly in smaller towns and rural villages.

The charity fundraising hi-tea was a partnership project between Avon Malaysia and its cancer league partner, Breast Cancer Welfare Association (BCWA) in collaboration with Avon Foundation and American Cancer Society - as part of the Walk Around the World for Breast Cancer worldwide program. It was generously supported by presenting sponsors, Novartis Oncology and Maritz.

Walk Around the World for Breast Cancer 2008

Held on 10th August 2008 at Taman Tasik Titiwangsa, 5000 walkers took part in the Avon Walk Around the World for Breast Cancer 2008 organised by Avon Malaysia. With a minimum of RM20 per enrolment, public were encouraged to join this non-competitive but fun and meaningful walk. Besides receiving an exclusive REEBOK Tee Shirt worth RM90 and an AVON goody bag worth RM50. The fun filled morning was carried out with lots of activities and games; not forgetting entertainment by celebrities. Adding on, the Ministry of Women, Family and Community Development also extend complimentary health screening to the public during the event. The event raised RM50, 000 for PRIDE Foundation, a non-government organisation for breast cancer cause.

Avon hosted series of Pink Ribbon tour nationwide to share its support on breast cancer awareness campaign and encourage women to undergo breast-self exam. The aim is to educate women on early detection that could save life. The campaign was also supported by the Ministry of Women and its agencies during the tour. Avon products were sold to raise the fund during the tour and inside brochure campaigns.

This community service project started in 2004 with the objectives to help out the needy and ease the burden of young orphans, as we value the bond of love and friendship between people and this is the best way for us to spread some happiness amongst the underprivileged.

Avon Speak Out Against Domestic Violence

One in three women worldwide are affected by domestic and partner violence. Men can be victims of partner violence, too, but the vast majority of those affected are women, making this a vital issue for women and families worldwide.

We are dedicated to the empowerment of women globally and ending violence against women is a cause that’s integral to our philanthropy. Our Speak Out Against Domestic Violence initiative, which launched in 2004, focuses on education, prevention and victim support programs. Avon markets around the world raise funds and awareness to support programs aimed at ending family and gender violence.

AVON BREAST CANCER PROMISE, one of Avon’s global breast cancer initiative aims to help every woman know the risks, the signs and how to take action.